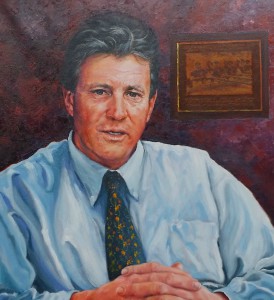 Martin graduated from Monash University with degrees in Economics and Law and was admitted to practice in 1983. After working for a major Melbourne law firm he then spent a year in the U.S.A. working for a New York based property development corporation which he describes as “fascinating, hard work, lots of energy and lots of fun”.

Returning to Melbourne he then spent the next 4 years as an associate in a small boutique commercial practice before “a happy series of accidents led to Mansfield”. He did the tree change before the experience was invented.

Martin and his wife Kammy have two boys. “It was always going to be the mountains or the sea. Mansfield is uniquely situated next to some of the most spectacular Alpine country in the entire Great Dividing Range. There is definitely a mystery and magnetism about the place. Horse riding, skiing and serious bush walking loom large in the Hunt household.” 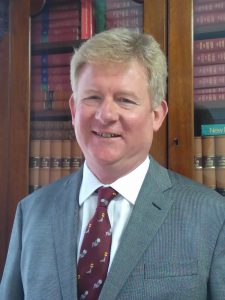 Stuart came to the firm in early August 2016 and on the retirement of the then Senior Partner, Tony Williams on 1 September 2016, Stuart entered the partnership with Martin.

Having effectively spent 43 years in Melbourne, Stuart’s life has gone full circle.  Stuart’s paternal Great-Great Grandfather, James Bett, settled at Yea in the 1870s and members of the family have farmed there ever since. Stuart was born at Eildon as his parents farmed at Mittagong,  a property on Spring Creek at Alexandra which Stuart’s father had purchased in 1946 following service in the RAAF during the war, and which property his parents extensively developed.  The family sold that property in 1973 and moved to the western Riverina of NSW before relocating some years later to western Victoria, all the while continuing to farm, predominantly grazing sheep and cattle.  Having been schooled at Alexandra primary and secondary schools in his earlier years, Stuart completed his secondary and tertiary education in Melbourne, graduating in Arts and Law from the University of Melbourne.

Stuart has always practiced in commercial litigation and law, having been Articled to Rigby & Fielding (now Rigby Cooke), and later becoming a Senior Associate at Corrs Chambers Westgarth, a national law firm.  From Corrs Stuart next became a solicitor handling large scale recoveries litigation for Australian Guarantee Corporation (AGC) and its subsidiaries, before spending 15 years with Madisons Lawyers, a Boutique insolvency and litigation firm of which he was a Director for a number of years.

Stuart has three adult children who are working and studying in Melbourne and enjoy the opportunity to visit the Upper Goulburn District from time to time.  Stuart was variously a member and President of their primary school council and secondary school parent’s association, as well as being a committee member and President of the alumni association (and council) of his College at University, together with involvement in other community groups.

Stuart has very much enjoyed the transition back to the country and knows the Mansfield District well as his Uncle and Aunt farmed here conducting The Anchorage Poll Hereford Stud, and his cousins still farm here, and he has had a number of friends in the district over the years.  Notwithstanding the differences between city and rural practice, Stuart’s commercial law background has equipped him well thus far for the diverse practice Williams Hunt has. Stuart is based in the Mansfield office, and also normally attends the Yea Office each Tuesday and Thursday. 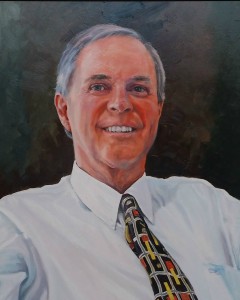 Having been admitted to practice in 1975 after completing Law and Economics degrees at Monash University, you can be confident that his years of experience hold Tony in good stead. After completing his studies he headed straight for the country centre of Albury/Wodonga. After some 5 years there he moved down river to Swan Hill before being attracted to the Mansfield region.

Tony spent 3 years with the developer of one of Australia’s first time share resorts; now known as the “Mansfield Country Resort”. In that time he was involved in a number of other developments Australia wide and gained a great deal of commercial experience. With the development of Lake Eildon he decided to stay in Mansfield and joined in the Practice then known as Marie Tehan and Associates with David Nicholson who moved overseas a few years later. Having cut his teeth in the “thrust and parry” of the Local Magistrates Court he now spends most of his time acting for local developers and businesses in Mansfield attending to their commercial requirements.

Tony is highly active in the community being on several boards including Beolite Village and MACE. 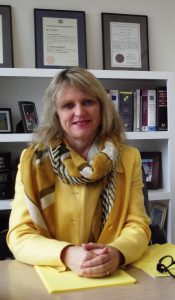 Susan is a highly experienced family lawyer. Susan began her career in Melbourne, before relocating to the country and settling in the North East, where she practiced in Benalla, before joining Williams Hunt in Mansfield.

Susan is a practitioner of considerable experience and expertise; particularly in the areas of Family and De facto law matters and general Probate Disputes. Susan is well practiced in all areas of dispute resolution relating to these most intense and difficult areas of law.

Susan is married to a local farmer and has two children.

Williams Hunt also has a dedicated support team who work tirelessly to ensure that all our clients receive the most professional service possible.

Williams Hunt is a Mansfield and High Country law firm proving that legal expertise doesn’t stop at the gates of the city. Williams Hunt offers a wide range of services in many different practice areas.

For out of hours appointments and will visit you in your home or office upon request.